Spejbl and Hurvinek, Manicka, Mrs. Katerina. Revolutionary puppets from the golden era of Czech puppet theater, which influenced the entire puppet world. Professional versions of these puppets are a technological gem and their mobility is unique. The magic of communication between Spejbl and Hurvínek is transferable to many relationships and is, in our opinion, shaping the Czech national character.

Spejbl and Hurvínek /s-payble & hoor-vee-neck/ is a Czech puppet comedy duo. The characters were conceived by Czech puppeteer prof. Josef Skupa. Throughout the years the two characters have gained international success. They have released many comedy albums, and had their own television show. Each album usually contains one story, about the dim-witted father Josef Spejbl, and his son Hurvínek, who live with another family in the same apartment. Later on, the duo was accompanied by another family, Ms. Kateřina and her daughter Mánička. All four live with the dog Žeryk who has the ability to bark words. Though the comedy is aimed at children, there are several inside jokes that are meant for adults. The duo has their own theatre in Prague, in the district of Dejvice. Besides puppet performances, several stories of Spejbl and Hurvínek were recorded, and one series of so-called večerníček (bedtime stories). 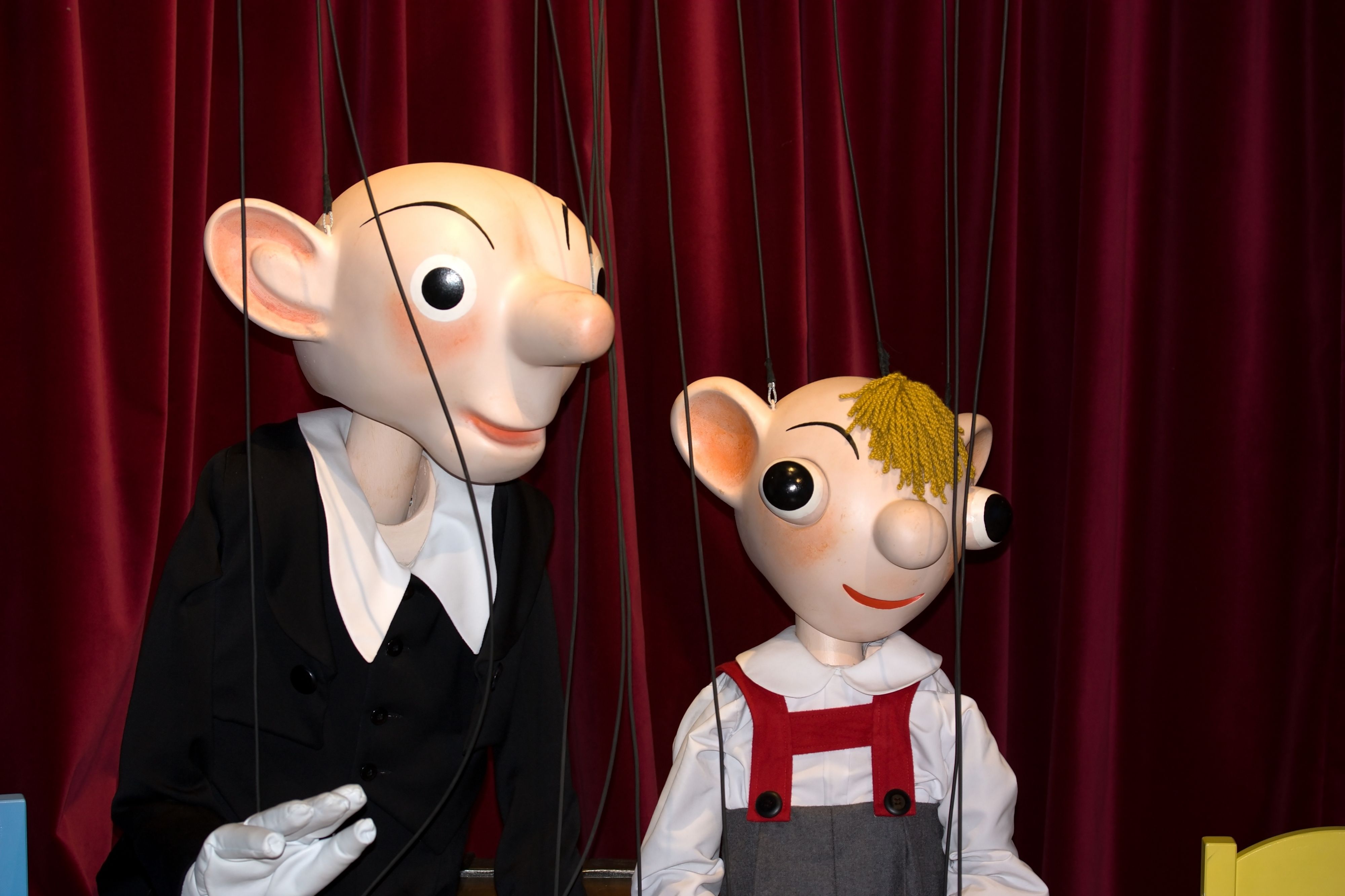 The first of the puppets, invented by Josef Skupa in 1920, was Spejbl – a retrograde teacher, barely able to keep up with things happening around him. Skupa then performed with him in cabarets in Western Bohemia. In 1926, he brought to life his son, Hurvínek – a sometimes lazy, sometimes hyper-active, child. By that time Skupa had mastered performing with both of them, even providing voices for them, using his typical high-pitch voice for Hurvínek.

The success Skupa had had with both of the puppets was enough for him to establish a theatre dedicated to them, in 1930. Skupa handed over the puppeteering to other people in the theatre, and concentrated on providing voices and writing new plots for the two of them. The two characters have entertained both children and adults for decades. Later on, Ms. Kateřina and Mánička, along with Žeryk were introduced, making it more plausible for them to experience the most bizarre and entertaining adventures of all in their stories. 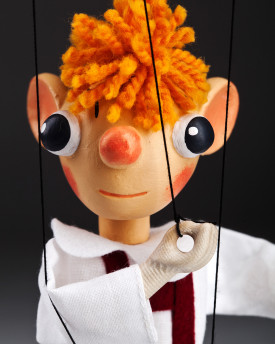 Hurvinek – wellknown Czech marionette (Small)Hurvinek small marionette is a famous Czech character known for his theatre performances with his father Spejbl. A cute, playful, and funny boy indeed!USD 35In stock 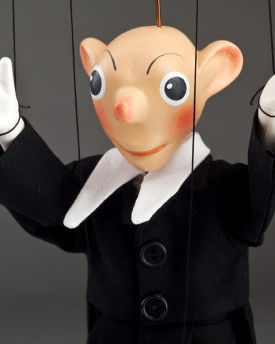 Spejbl – Small version of wellknown Czech puppetSpejbl marionette is a typical Czech puppet. Every kid in Czech Republic knows the famous couple Spejbl and Hurvinek. He’s a very nice man, and we’re sure he’s gonna entertain you just like he entertains the Czech audience.USD 44In stock 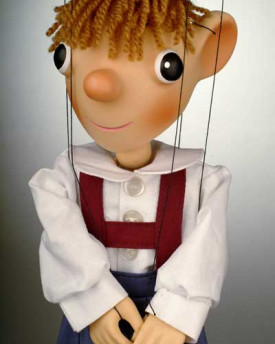 Hurvinek LargeHurvinek was created to be Spejbl´s sole child. Hurvinek first appeared on stage together with Spejbl in an encore to the evening performance of the comedy "Honest House" by Rudolf Nesvera played in the Pilsen Puppet Theatre on May 2, 1926.USD 145Available (2 pcs) 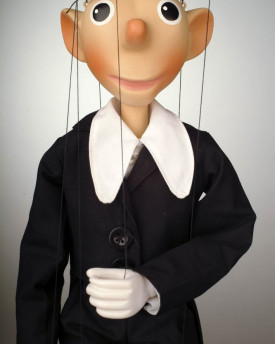 Spejbl Large MarionetteSpejbl was made by woodcarver Karel Nosek from Pilsen based on an artistic design of Professor Josef Skupa in 1919-1920. The exact date of Spejbl´s first showing on stage is unknown, but it took place in the autumn of 1920 in the Pilsen Puppet Theatre where Spejbl appeared as a gymnast on the trapeze as a partner to Kaspárek, a famous character popular with Pilsen audiences, in an encore to a children´s play.USD 150Available (2 pcs) Manicka – well known marionetteManicka was made by Gustav Nosek based on a design of Professor Skupa and Jiri Trnka. Lovely handmade string puppet for you or your loved ones.USD 35In stock 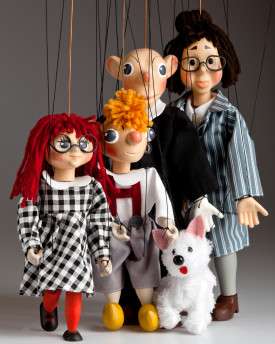 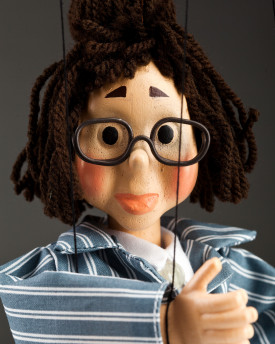 Missis Katerina from the puppet ensemble Spejbl and HurvinekDo you know the most famous Czech marionettes the Spejbl and Hurvínek? Then there is certainly no need to introduce Babinka :)USD 44In stock 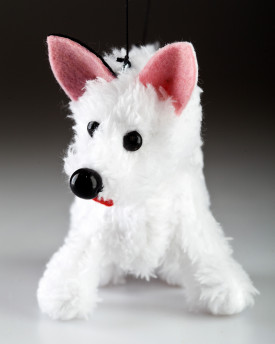 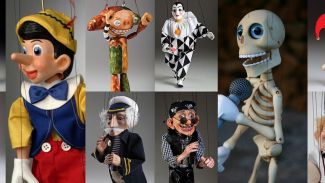 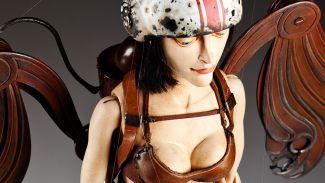 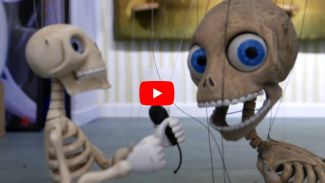 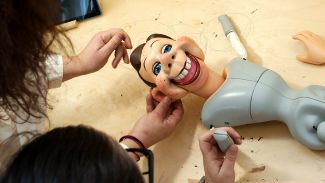 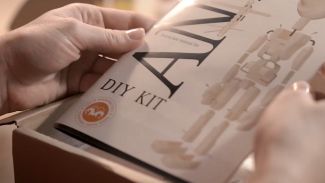 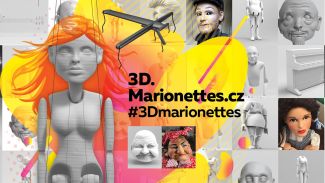 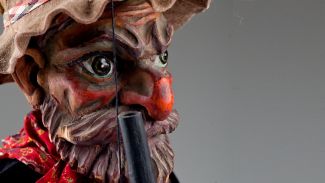 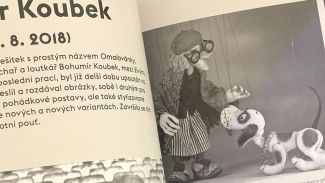 © 2021 Marionettes.cz
Google sets cookies to analyze traffic to this site. Information about your use of our website is shared with Google for this purpose.
I agree